Margaret Chen is the founder and first president of the Spanish China Association, the president of the Spanish Alumni Association of Shanghai Jiaotong University, the CEO of OBOHE, the CEO of Sino-Western Ventures. She is also an angel investor of many high-tech projects, and the director of EADA, a senior management business school in Barcelona , Member of the International Advisory Board of the HHL School of Management, University of Leipzig, Germany, Member of the Advisory Board of RCC-Harvard.

She served as the former Asia Director of the telecommunications giant Telefonica, and the first Asian member in the history of the Spanish National Science and Technology Innovation Foundation Los100Cotec. She was the only Chinese enterprise executive that the old Spanish King Carlos officially met in the palace.

She was reported by the mainstream media ELPAÍS(Spain) as “the first Chinese woman” in the industry, “the top ten most influential professional Chinese in Spain” and “the most influential woman in the Spanish Chinese community”. 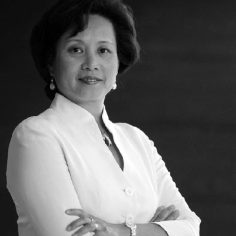